So, I’ve safely landed in New Zealand! I landed yesterday at 7am, ready to go. I even slept a whole five hours on the 13 hour flight! Wow (insert small levels of sarcasm here because I’m actually impressed I slept that much.. but also.. that’s not very much)!

As per my previous post on jet lag, I didn’t sleep after landing, we just went out and did things and it worked out great!

We saw the Sky Tower.. 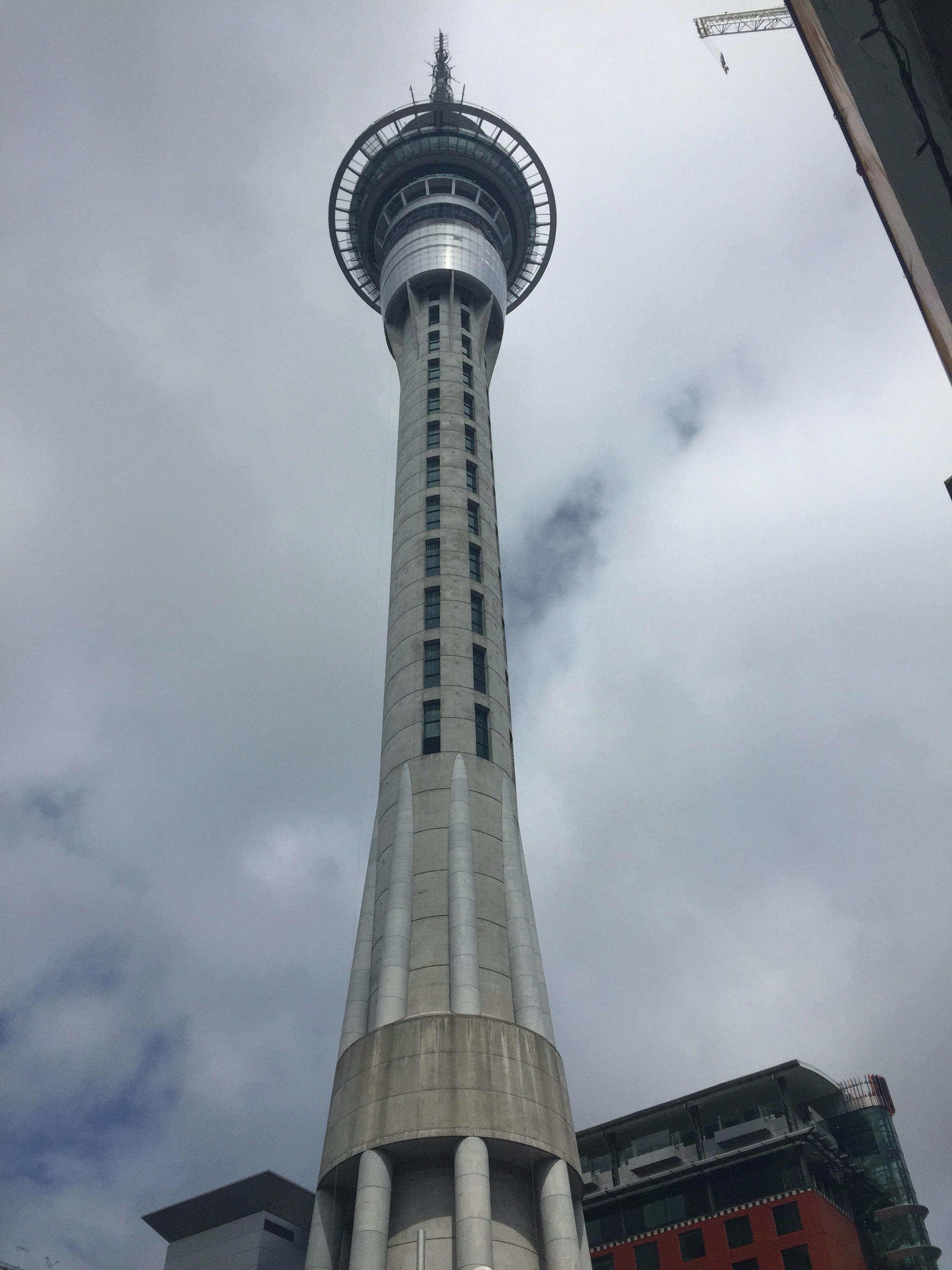 We explored the city center..

We went and got fish & chips takeout and ate it on the beach, Point Chev – apparently, “so kiwi.. ” 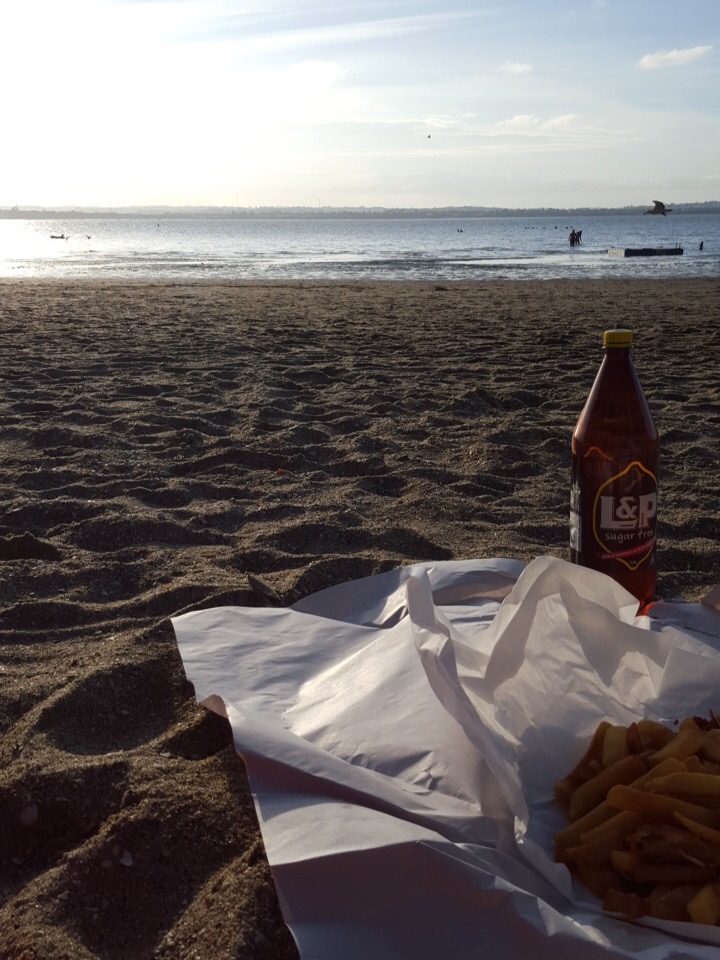 We took a stroll on the beach and took crazy adorable photos.. 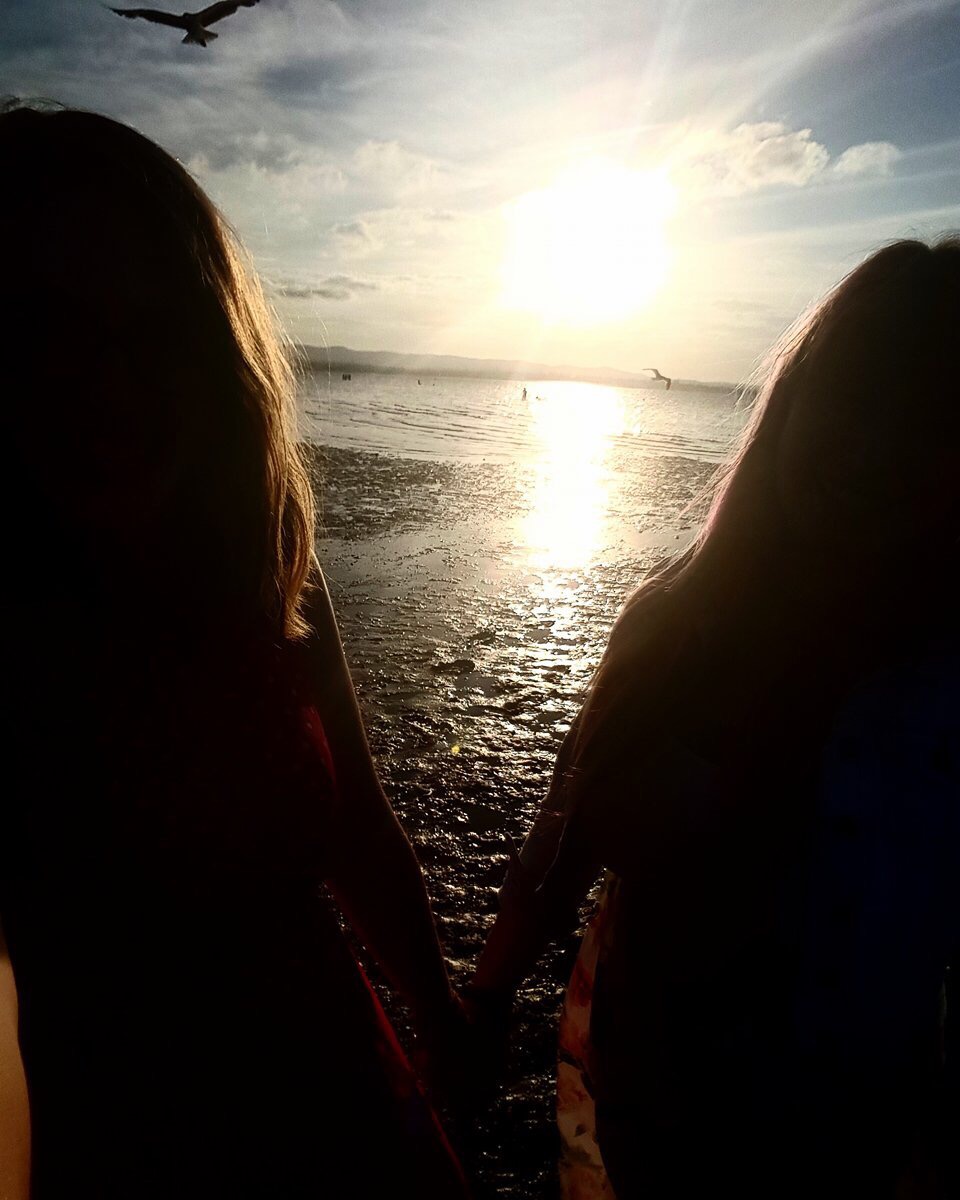 And I’m sure we did much more but I’m just so exhausted after 24 hours of flying followed by two days in the sun & heat that I can’t function properly right now.

But that’s okay because it’s all been so incredible so far!

Moving on to today, we first climbed Mount Eden, the tallest natural point in Auckland, that also has a great view of the whole city..

And then.. THE BEST PART.. we walked the trail at Kitekite Falls to the biggest and most beautiful waterfall I’ve ever seen in my life. It was magnificent! 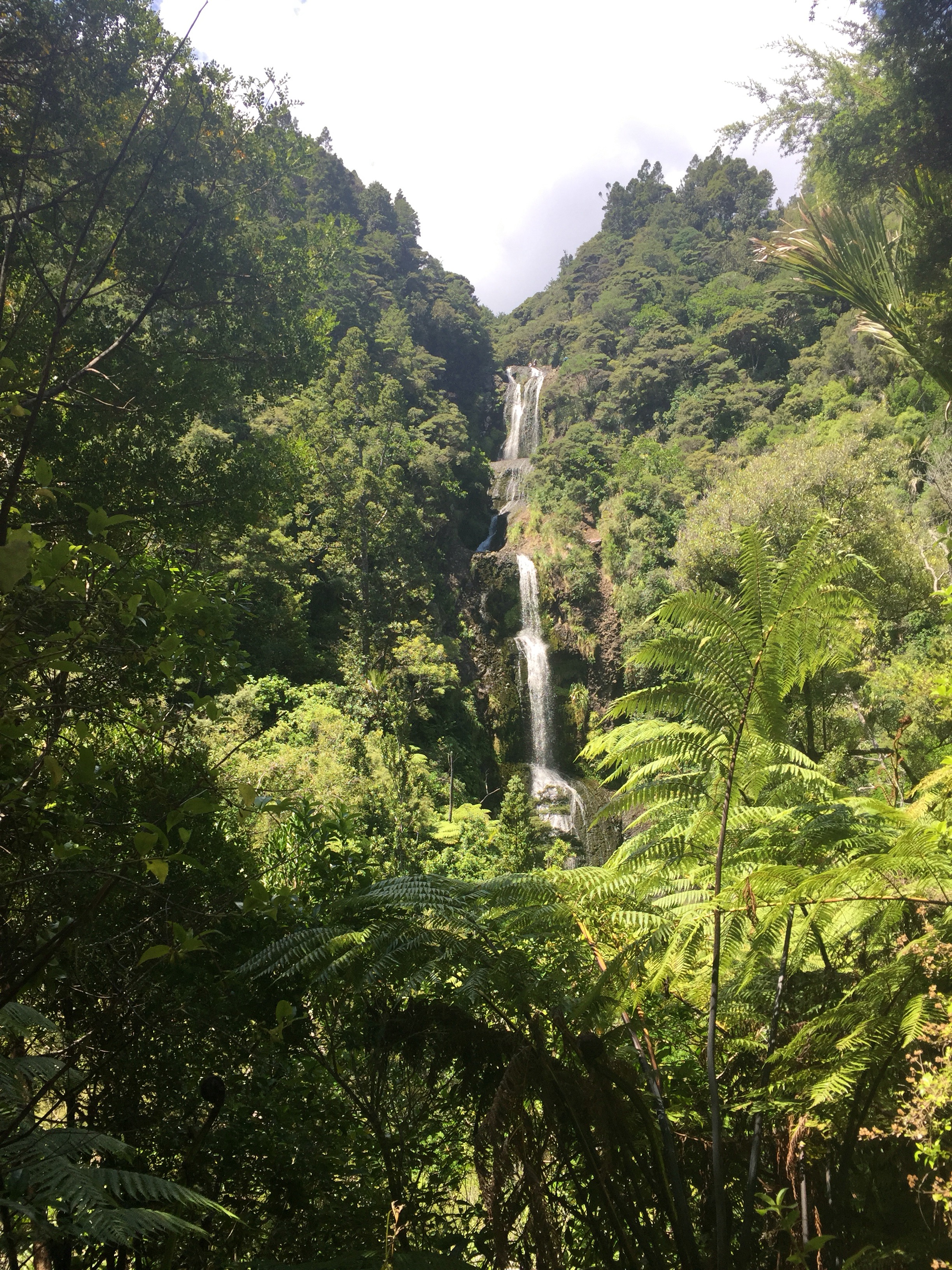 Next, was Piha Beach.. Sprinkled with glittery black sand and filled with the sound of crashing waves, it’s one of New Zealand’s best & also most dangerous spots to surf.. Also it’s just plain gorgeous..

Finally, we went to Hallertau Brewey and tried some of their beers – which were super delicious. My favorite was #4, black beer..

And now, I need to go to bed because like I said, these past two days have been exhausting, especially with the heat and humidity.

My first two days in New Zealand are over, now bring on the rest!

2 thoughts on “Two Days in Auckland”